Are your kids caught up in the Fortnite frenzy? Here’s everything you need to know about this popular video game. 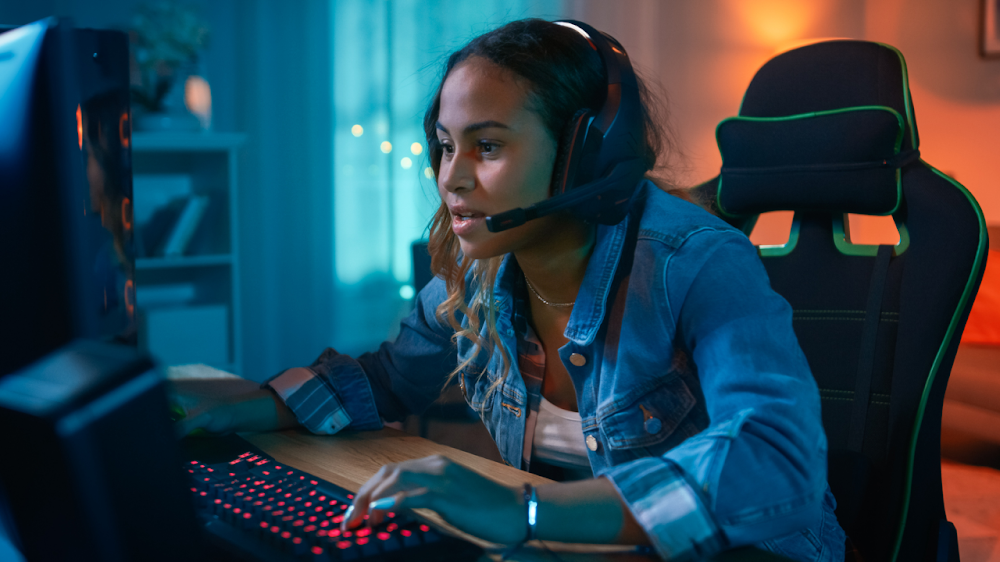 The Fortnite frenzy seemed to come out of nowhere — almost as if it dropped from a party bus in the sky. This survival-action game is a bit like what you'd get if you combined a sandbox-building game like Minecraft with an action shooter like Call of Duty. On one hand, kids and parents appreciate Fortnite's emphasis on teamwork and thoughtful collaboration. On the other hand, it is a combat-based game with tons of guns and violence. With Fortnite's millions of players and sudden success, you might be wondering: What's it all about — and is it OK for my kids?

Read Common Sense Media's full review of Fortnite, and learn more about how it works. Then find answers below to parents' most frequently asked questions about the game and how to use it safely.

Fortnite is a video game for PlayStation 4, Xbox One, Nintendo Switch, Windows, Mac, and mobile that takes elements from sandbox-building games and adds the fast-paced action of a third-person shooter. There are two modes to the game: a solo version called Save the World and the hugely popular multiplayer version called Battle Royale.

What is Fortnite: Battle Royale?

If your kids say they're playing Fortnite, they're probably talking about Battle Royale, the free-to-play multiplayer offshoot of Fortnite. In this version, up to 100 people participate in a match together. Players are dropped onto the game map and must compete to be the last one standing by killing every other player in the game. During the game, players collect weapons, build safe structures, and try to avoid the Storm that damages all players outside of a safe zone. Unlike the Save the World version, there aren't any zombies to kill, which makes it a less scary version to play. However, players can buy items to make themselves look like a zombie or another creepy character.

Do you play by yourself or with a team in Fortnite: Battle Royale? There are three modes of play in Battle Royale: Solo, Duo, and Squad. In Solo mode, you're dropped into the game alone. In Duo, you're dropped in with a partner. In Squad mode, you play on a team of four. Duos and Squads can either be friends choosing to play together or randomly matched players. All players in a match are playing in the same mode.

What if I'm not ready for the action of Battle Royale?

Don't worry if you’ve never played Fortnite or a Battle Royale game before. Playground mode lets players get used to the mechanics of the game without the pressure of fighting other gamers. So, if you’re rusty with a particular gun, need to practice building structures, or even want to try out the vehicles like golf carts, planes, or boats without being shot, this is the mode for you. Playground sessions are limited to a maximum of four players, and you can even put everyone on the same team to eliminate the possibility of friendly fire.

What is Save the World?

Save the World is the traditional solo campaign in the game Fortnite. Unlike in Battle Royale, where players compete against each other, players in the Save the World mode are survivors of an apocalyptic storm where the few remaining humans must band together to defeat creepy zombie-like creatures called husks.

Why is my kid so interested in playing Fortnite?

There are many reasons why Fortnite has taken off with kids. One is that it combines two other genres that are big winners with young gamers. Another is that it has a more cartoonish look than some other more gory video games, so younger gamers are drawn to it. Kids can play with friends in Duos and Squads, creating a more social element. (Read about a mom whose son made friends on Fortnite when he moved to a new town.) And popular YouTube and Twitch gamers like DanTDM have also taken to playing the game on streaming sites. Plus, in the case of Battle Royale, it's free (although it does have in-app purchases — more on that below).

Is Fortnite appropriate for kids?

For some parents, the cartoonish, bloodless style of the action in Fortnite makes the violence less problematic than the aggressive gore in other popular shooter games. But the game's online chat feature — especially in Battle Royale — could expose younger players to offensive language or mature content from random strangers. Common Sense doesn't recommend games with open chat for kids under 13, but with the right controls and parental guidance, this can be a tween-friendly alternative to violent first-person shooters.

Is Fortnite too violent for kids?

Fortnite: Battle Royale is loaded with violence, but it's all cartoonish, rather than bloody or gory. Since the object is to be the last one standing, you'll constantly shoot other players and dodge fatal storms. However, there's no blood; defeated enemies simply vanish. But those seeking a less violent — and more social — play experience can find it in the weapon-free Party Royale section, which you choose when you log in for a session. Introduced in May 2020, partly in response to the shelter-in-place orders due to the coronavirus pandemic, Party Royale has no killing and dying. Instead, the environment is more conducive to exploring environments while chit-chatting with friends and other players.

What age should kids be to play Fortnite?

Common Sense recommends Fortnite for teens 13 and up, primarily because of the open chat and action violence.

How much does Fortnite cost?

Players can currently download and play Fortnite: Battle Royale for free. The current cost of Fortnite: Save the World is $39.99, although the developer, Epic Games, has suggested it will make it free or discounted some time in the future.

Are there microtransactions in Fortnite?

Even within the free-to-play version, there are frequent opportunities for players to spend real money on items in the game. Fortnite encourages purchases such as upgrades to editions such as Deluxe and Super Deluxe, as well as in-game currency called V-Bucks to buy bonus items. (Learn how online scammers lure kids into buying fake V-Bucks.) There's also the Premium Battle Pass, a $10 subscription that lets players compete on more levels and win exclusive game skins/costumes (although players can now compete in special promotions earn a free Battle Pass).

What are Fortnite Seasons?

Unlike other multiplayer games, Battle Royale has a storyline, which results in frequent additions of new content to the game referred to as a new "season." Seasons seem to update approximately every 10 weeks, and 10 seasons make up a chapter. You'll begin to see clues to the updates during the current season, usually to encourage players to purchase the next season's Battle Pass. Many of these new elements, such as skins and costumes for characters, simply serve to keep the game fresh and exciting. But others introduce completely game-changing features. You might see a brand-new game map (without major features you're used to playing with), new teleportation rifts (to let you travel to new places), and new ways you can appear to other players (such as the ability to become invisible).

What are Fortnite Live Events?

Epic Games, Fortnite's developer, is full of surprises that attract new audiences while keeping existing fans coming back. The platform's live events, which are often tied to a feature in the game, have been huge hits — attracting tens of millions of viewers (not just players) around the world. Some of the most popular events include concerts, such as ones by Marshmello, Travis Scott, and Diplo, as well as in-game promotional launches, such as director J.J. Abrams' release of an exclusive Star Wars: The Rise of Skywalker trailer in advance of the movie. Some of these events are scheduled and some are spontaneous. If your kid's into Fortnite, they'll probably hear the buzz and want to tune in. Events tend to be family-friendly and are listed in the news section of the Fortnite site.

What platforms can you play Fortnite on?

Fortnite is available on Switch, PlayStation 4, Xbox One, Nintendo Switch, Windows, and Mac. Users need an internet connection to play. A mobile version is also available for iOS and Android. Players can play "cross-platform," which means a Windows player can be on a team with a console player, for example. Gamers can also create an account on any device and carry over their progress in a game to another system. For example, you could start on a cell phone, then pick up a game on a computer or console later in the day and continue where you left off.

How is Fortnite connected to Twitch?

Some kids aren't only playing Fortnite — they're watching other people, including celebrities like Drake, play it on Twitch. Twitch is a social media platform for gamers where they can livestream themselves playing popular video games, including Fortnite. Livestreaming can be unpredictable, so make sure to check out which gamers kids are watching, and if kids say they want to livestream themselves, carefully consider the risks.

Can players chat with each other in Fortnite: Battle Royale?

There is live, unmoderated chat possible between users in the console and PC versions of Fortnite: Battle Royale. Both voice chat and on-screen text chat are options. This exposes players to random strangers and the likelihood of profanity.

How do you turn off voice chat in Fortnite: Battle Royale?

Open the Settings menu in the top right of the main Fortnite page by selecting the three bars, then the cog icon. Choose the Audio tab at the top of the screen. From there, you can adjust several audio features, including voice chat. Turn the setting from on to off by tapping the arrows.

How long is a match of Fortnite: Battle Royale?

Each match in Battle Royale lasts about 20 minutes, although players who are killed early play for less time.

How do I manage screen time for my kids when they're playing Fortnite?

When each match only takes 20 minutes, it's easy to fall into the trap of "just one more" — sort of how you end up binge-watching an entire season of Stranger Things. But you can take advantage of the quick matches by using them as a natural stopping point in gameplay. Some kids benefit from using a timer, limiting themselves to a certain number of matches per day, or using one of these tips for finding a balance between gaming and other activities.

The game has many elements that make it compelling to play, from characters with fun outfits and dances to always-changing weapons, landscapes, and challenges. And for kids who play with friends, the social and competitive aspects are hard to resist. But true addiction is a different story. Many researchers think it's possible to be addicted to video games. The American Psychiatric Association (APA) and the World Health Organization (WHO) have identified a condition called internet gaming disorder (IGD), which they say could be a kind of addiction, though more research is still needed. But IGD is rare and may be tied to other conditions such as depression and ADHD.

Parents’ ultimate guide to Fortnite was originally featured on Common Sense Media, and is being reposted to provide insight into popular tech for families.